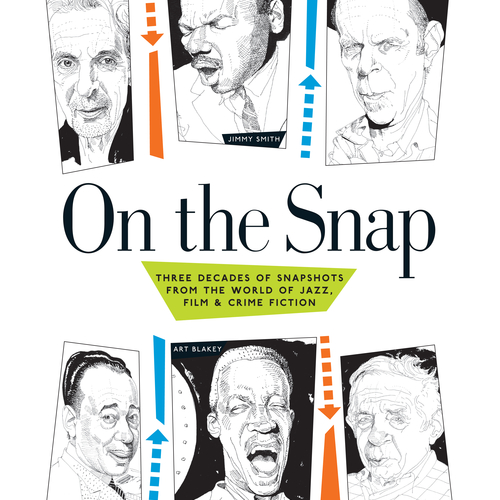 On the Snap by Brian Case

On the Snap by Brian Case

**Limited number of copies signed by the author**

The Anglo-Irish son of a Deptford cop, Brian Case got hooked by Charlie Parker at the age of 12 and never looked back. For five decades, writing for NME, Melody Maker, Time Out and latterly Uncut and The Times, his distinctive hard-bitten voice rapped out pieces on a thrilling after-midnight world of jazz, film and hard-boiled fiction.

A true original to stand alongside such peers as Nick Kent, Julie Burchill and Tony Parsons, Case wrote about a parallel, hipper universe in a sharp, speedy idiom all of his own. The ultimate turner-onner, his passion was for the noir of James Ellroy and the frenzied hard-bop of Johnny Griffin, but he was also the first journalist to go on tour with The Sex Pistols and was perfectly happy to shoot the breeze with Al Pacino with his pockets laden down with live ammo.

ON THE SNAP is a collection of conversations with Case where he discusses some of his most memorable encounters – from Chet Baker and The Sex Pistols to Jack Nicholson to Michael Caine. All delivered in the unique vernacular of one of the great contemporary journalists, it’s a snapshot of an intoxicating and disappearing world.

As Richard Williams – his editor at Melody Maker and a long-standing admirer of his work - eulogises in his introduction:

“His writing was surprising, funny, elusive, erudite, emotionally engaged and all his subjects in this book, from Ian Dury to Norman Mailer, from Don McCullin to Tom Waits, the whole gang of motormouths and shutterbugs, junkies and pussy hounds, the witnesses to bebop and Belsen, get a fair hearing and words shaped by acute sensibility.”