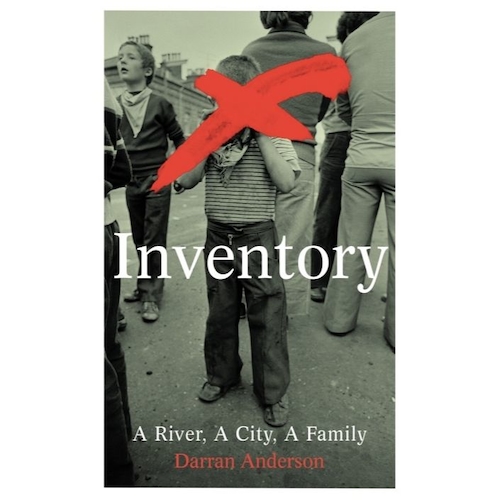 Inventory: A River, A City, A Family by Darran Anderson

Inventory: A River, A City, A Family by Darran Anderson

A smuggler and a deserter, Darran Anderson’s grandfathers skirted the Second World War on the fringes of legality. Darran’s father survived the height of the political violence in Northern Ireland and Darran came of age during the final years of the Troubles.

As a young man, Darran lost his way in the midst of hedonism, division and isolation. To find a way to exist in the world, he felt compelled to leave his hometown.

But the disappearance of another young man in his family brings him back to the city and its history. Darran walks the banks of the River Foyle, his father and uncle by his side, searching for what has been lost and what might now be said.

Inventory is sunlight, exposing and cleansing. It is a challenge to generations of silence. A portrait of a city, a biography of a family, a record of the objects that make up a life. Darran Anderson’s lucid and intimate prose offers a vital new perspective on a troubled history.