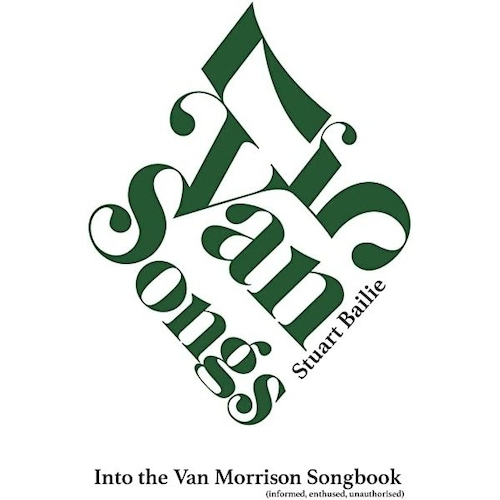 75 Van Songs: Into the Van Morrison Songbook by Stuart Bailie

75 Van Songs: Into the Van Morrison Songbook by Stuart Bailie

75 Van Songs celebrates the work of Van Morrison in a milestone year. Belfast writer Stuart Bailie has picked 75 songs from that rich source. His book is about the stories that emerge.
There are many Van Morrison biographies out there and this is not another one. Rather, this book is about relating to the 75 songs and what they tell us about the landscapes of Belfast, about social change, musical wellsprings, visions of America, spiritual hunger and great excursions into nature. Van songs have an immense power to release emotion, sentiment and a sense of place. Stuart Bailie is hugely respectful of that work and this book is a personal, unauthorised response – his own venture into the music.

“75 Van Songs situates Van Morrison's work amidst layers of landscape, culture and experience. Like the music, it makes us nostalgic for places and times we've never been. Yet equally it's inspiring, proving that sources of creativity are all around us. 75 Van Songs is both a map and a treasure trove.” - Darran Anderson, author of Inventory

Stuart Bailie is a Belfast-based writer. His book, Trouble Songs: Music and Conflict in Northern Ireland was published in 2018. He has been a music industry professional for 35 years, writing for NME, Mojo, Uncut, Q, Vox, The Times, The Irish Times, Classic Rock and Hot Press. He was Assistant Editor at NME, 1992-96.